Upon rising, I stuffed my sleeping bag into its stuff sack, deflated my small head pillow, grabbed my puffy, and headed downstairs to the great room to make coffee and oatmeal.

Already, a few people were readying themselves for the day–the Aussie couple, the Swiss medical student, and a group of American college students who were woefully underprepared for their trek.

The Americans had showed up around 5pm last night at the hut having booked bunks last minute at the Fiordland DOC office that morning. Only the Iris Burn hut had availability that night, so they were hiking the opposite direction as me in only two days and had to do the whole 17 miles from Iris Burn Hut back to the car park over those ridges in one day. They had no pots for cooking, and no idea about hiking out their trash, but people were kind and lent them pots for boiling water, and gave them the advice to start early the next morning. Luckily, they had youth on their side and at least the wisdom to listen to good advice once given.

I finished my oatmeal and coffee and saw that the rain had basically stopped, so I decided to make a go of it. I gathered my items “drying” near the wood stove–only the lightest items had actually dried overnight–took off my down puffy, put on my still slightly damp fleece half-zip, packed my bag, and then headed out of the hut to where my cold shoes and rain jacket were waiting. In all my years of backpacking, I can say that there is hardly anything I detest more than putting my warm feet into damp, cold hiking shoes in the morning; however, experience also tells me that once I’m moving, in all but the coldest conditions, my feet will warm up.

As I set off about 7:45am, I was heartened to see the American college students setting off in the opposite direction–at least they had gotten a decently early start.

The trail would be fairly easy going with some undulation, but mostly 14 miles of downhill to the Rainbow Reach Car Park. It was a little over ten miles to the Moturau Hut on the shores of Lake Manapouri and I had hoped to be there sometime around 1pm.

The first geological landmark I came to along this leg of the track was the Big Slip. The was a major landslide that had occurred during heavy rains in 1984.

After the Big Slip, it was short work to Lake Manapouri and then the Moturau Hut. I was at the hut (mile 26.9, 10.1 miles past Iris Burn) by noon, and thought I would eat lunch there, but late season mosquitos plagued the area, so I kept moving. 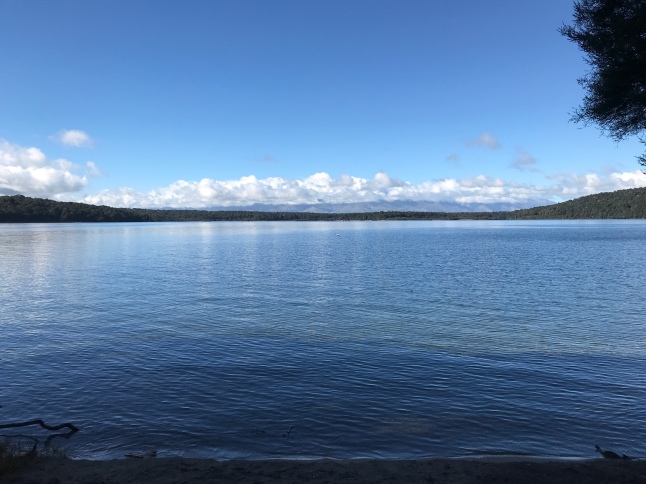 I continued the hike to the car park and exchanged hellos with a trail runner headed in the opposite direction. Little did I know at the time that this trail runner would be my ticket back to Te Anau that afternoon.

The trail continued in beech forests eventually settling along the Waiau River for the last two miles to the car park. 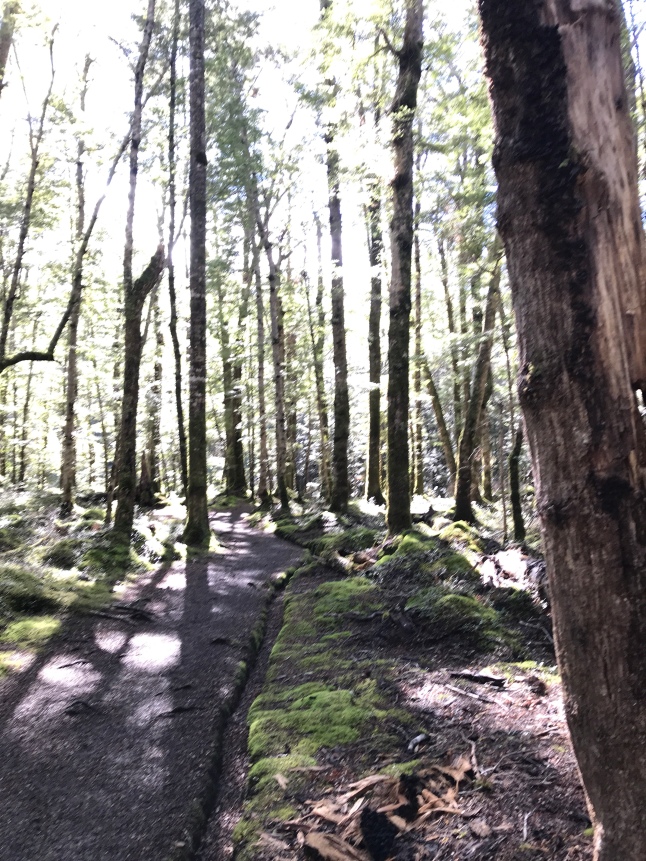 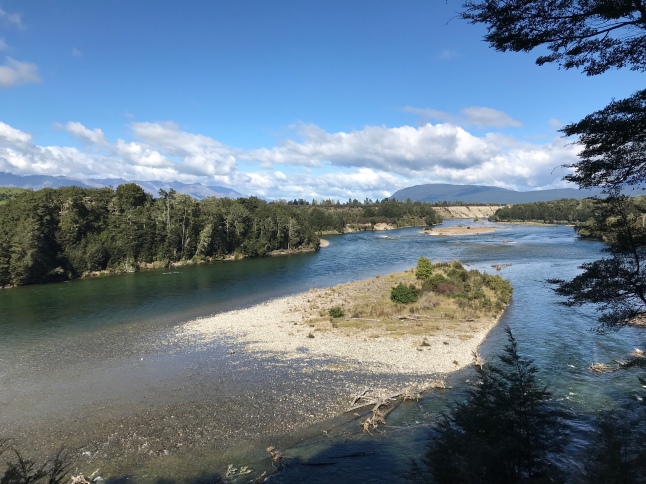 Eventually as I approached the car park, the same trail runner, a local Kiwi man in his late sixties, struck up conversation with me as he jogged past. After telling him where I was living (Hong Kong), where I was from (California), and what I was doing (backpacking two Great Walks), and learning that he was training for the Routeburn Track (the trail I would hike next) trail run in two weeks, we parted ways and wished each other luck.

Finally, I saw the suspension bridge over the Waiau River to the car park. It was not quite 1:00pm and my hired shuttle back to town was not until 4:00pm. Even if I could catch the 3:00pm shuttle if it wasn’t full, that was still two hours of waiting in the car park. As I crossed the suspension bridge, I saw the Kiwi trail runner again chatting up someone else. I waved as I walked past him, lost in thought about what I would do for the next few hours. 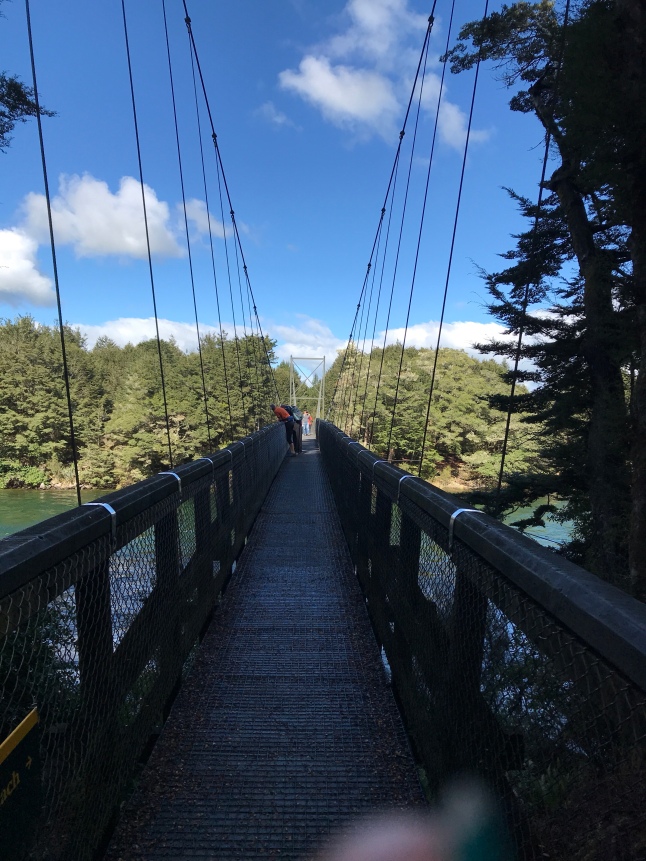 Crossing to the other side of the river, I sat down at a picnic table to think about my options and that’s when I saw the Kiwi trail runner again. This time he said, “Hey, you need ride into Te Anau?” Did I ever? I quickly agreed to the offer of a ride and hopped into his car which he said was his wife’s. It was filled with heptathlon gear as while he was a trail runner, his wife, also in her late 60s, was a heptathlete. His name was Gary and he lived in Te Anau working as a fertilizer consultant for local farmers. In his spare time, he ran the local trails.

Gary brought me into town and dropped me off at my hostel. I thanked him profusely, grabbed my backpack and poles and headed back to Lakefront Backpackers in Te Anau for another two nights before heading out again on the trail, this time to the Routeburn track where Gary would be competing in two weeks time.

I checked back into the hostel, grabbed my stored gear from my locker, and made quick work of getting myself a shower and finding the laundry facilities.

Snow was in the forecast for my next trek and I had some work to do including more food shopping for three more days of hiking.